Scientists want to create animal feed out of light and electricity 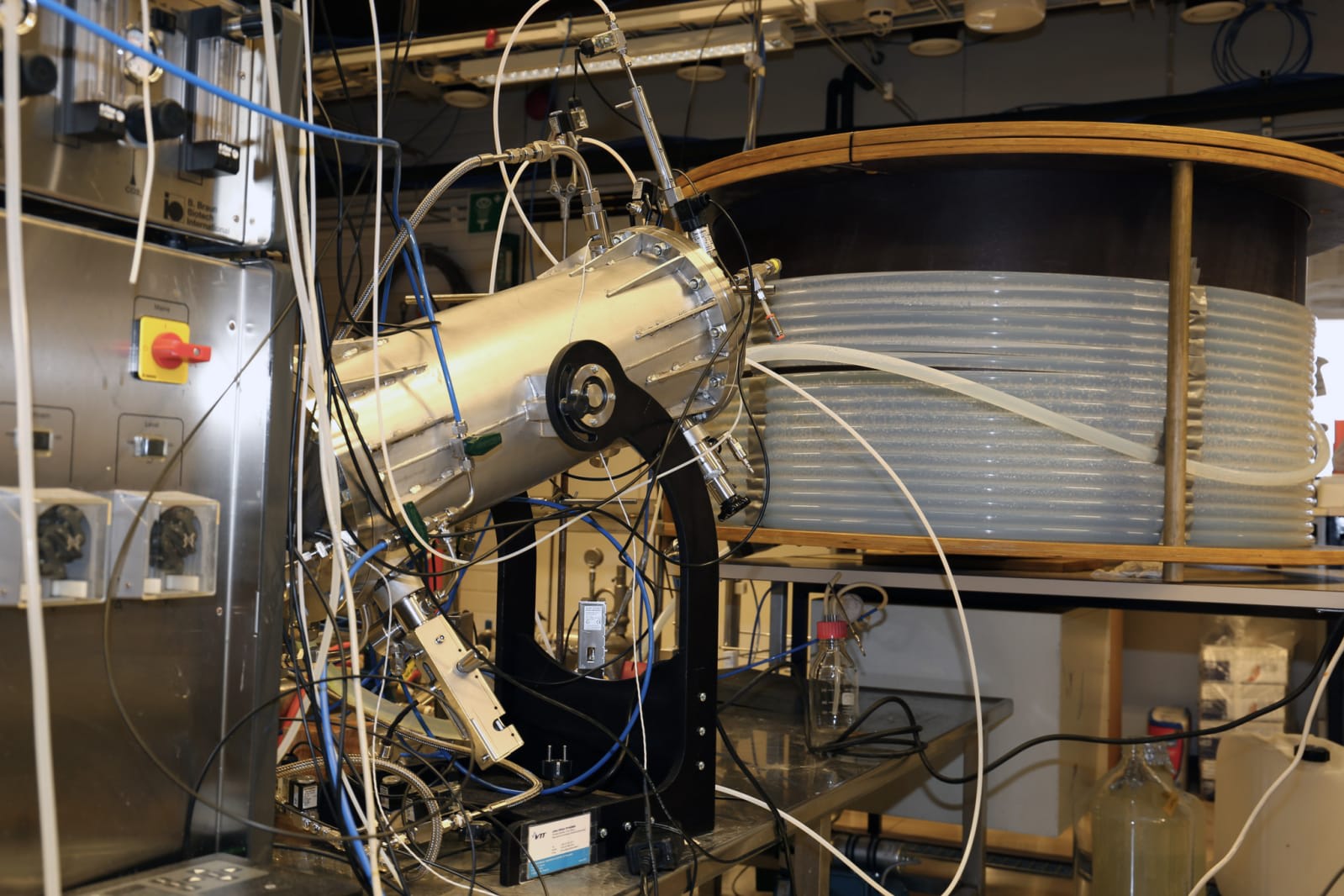 Figuring out how to feed the Earth’s population is no small feat, which is why a recent development is so exciting. Researchers at the Lappeenranta University of Technology and VTT Technical Research Centre of Finland have figured out a way to produce single-cell protein from electricity and carbon dioxide. It can be manufactured anywhere energy (wind farms, solar energy, etc.) and light are available.

The aim of this is to eventually develop this protein into a source of food for animals. Not only will it allow for on-demand food production for livestock, but it also has the potential to free up swaths of land that are currently used to store fodder. This protein-based feed could help ease the onerous environmental impact of raising and maintaining livestock.

In the future, this protein could be used for human consumption as well. “In the long term, protein created with electricity is meant to be used in cooking and products as it is,” says Juha-Pekka Pitkänen, one of the principal scientists on the project.” The mixture is very nutritious, with more than 50 per cent protein and 25 percent carbohydrates. The rest is fats and nucleic acids. The consistency of the final product can be modified by changing the organisms used in the production.”

Currently, it takes about two weeks to manufacture just one gram (.03 ounce) of the protein. It’s also 10 times more efficient than photosynthesis. While that might seem impressive, both efficiency and speed need to increase drastically before this can be considered for commercial use; the next step is to embark on a pilot program to test the product. “The idea is to develop the concept into a mass product, with a price that drops as the technology becomes more common,” explains Jero Ahola, one of the scientists on the project.

Facebook will soon purge video clickbait from the News Feed